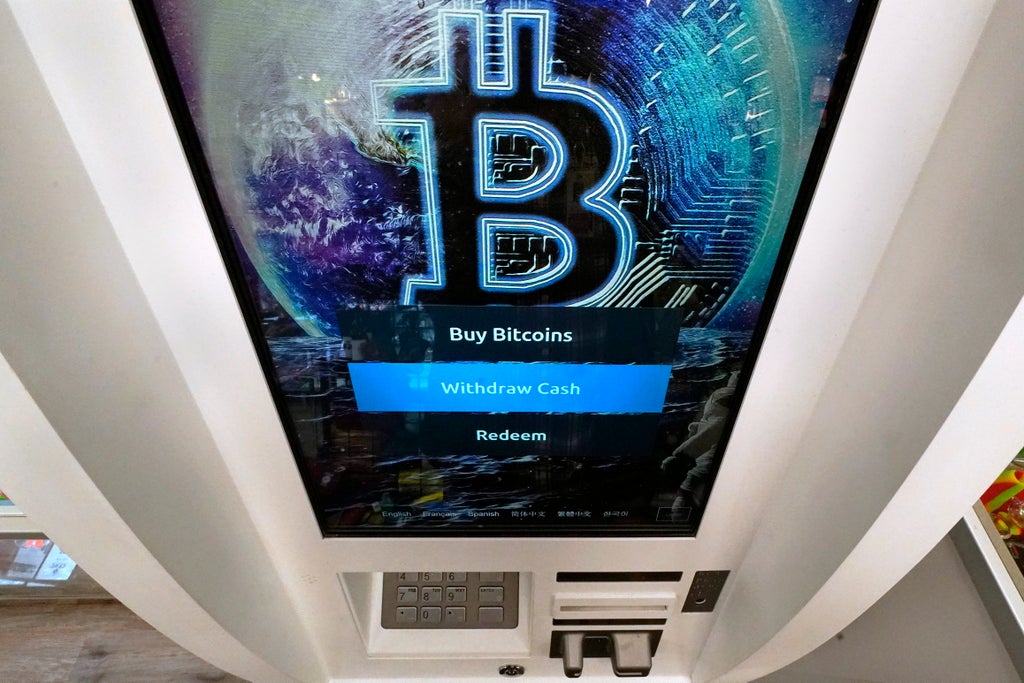 What does Bitcoin have to do with roads and bridges?

A lot right now in the U.S. Congress. One way lawmakers propose to pay for the $1 trillion infrastructure bill the Senate approved Tuesday is by imposing tax-reporting requirements for cryptocurrency brokers, the way stockbrokers report their customers’ sales to the IRS It could open the way for tighter regulation of cryptocurrency — something the Biden administration is moving toward as it also pushes for tax compliance.

The plan could raise about $28 billion in revenue over 10 years, congressional accountants estimate.

So, currency you can’t hold in your hand would effectively pay for roads, bridges, water systems, internet broadband access and shoring up the electrical grid, what President Joe Biden called “a generational investment” on par with building the transcontinental railroad in the 1800s or the Interstate highway system in the ’50s. That’s testament to the explosive growth of cryptocurrencies in recent years — an enticing potential revenue source — and the mounting push by some government officials to put new reins around a largely unregulated market.

After weeks of wrangling, the Senate passed the bipartisan infrastructure package in a 69-30 vote. It now moves to the House.

A look at the situation:

WHAT’S THE STORY WITH CRYPTOCURRENCY?

The market for cryptocurrencies has ballooned to an estimated $1.8 trillion. They’re basically lines of computer code that are digitally signed each time they travel from one holder to the next. Not tied to banks or governments, they allow users to spend or receive money anonymously. That appeals to libertarians, off-the-grid types and risk-taking millennials who believe the financial system is rigged.

The most widely traded cryptocurrency is Bitcoin, now worth around $46,000 each, down from a high in April of about $64,800. It’s notoriously volatile, in some instances spiking or plunging on public pronouncements by Elon Musk, the provocative Tesla Inc. CEO Some businesses now accept Bitcoin as payment. Other well-known cryptocurrencies include Ethereum, Dogecoin, Ripple and Litecoin. All told, there are thousands. Bitcoin and others can be bought and sold on exchanges with U.S. dollars and other national currencies.

WHERE DO GOVERNMENT OFFICIALS STAND?

On both sides of the coin.

Some lawmakers see cryptocurrency as a font of technological innovation, especially in the development of blockchain, the digital ledger that records transactions.

Top U.S. regulators, on the other hand, are flashing danger signs. Gary Gensler, the chairman of the Securities and Exchange Commission appointed by Biden, said last week that investors need more protection in the cryptocurrency market, which he called “rife with fraud, scams and abuse” and “like the Wild West.” While the SEC has won dozens of cases against crypto fraudsters, Gensler said the agency needs more authority from Congress — and more funding — to regulate the market.

The Federal Reserve meanwhile, is considering developing its own digital currency pegged to the U.S. dollar. A so-called digital dollar could enable faster payments among banks, consumers and businesses.

“You’ve got federal agencies not talking on the same page,” says Suzanne Lynch, a professor at Utica College who focuses on financial crime. “It’s so grey right now.”

WHAT’S THE CONNECTION WITH THE INFRASTRUCTURE BILL?

The debate over cryptocurrency landed in the middle of the Senate’s work on the massive infrastructure package. An earlier plan to pay for the legislation, by bolstering IRS enforcement to crack down on tax cheating by individuals and businesses, went down as Republicans objected to expanding the agency’s reach. That would have brought in an estimated $100 billion over 10 years.

Going back to the drawing board on revenue raisers, the plan was hatched for stricter tax-reporting requirements for cryptocurrency brokers. The estimated $28 billion it would generate over a decade is only about a quarter of what the IRS crackdown proposal envisaged. But it’s still the biggest revenue raiser of several in the infrastructure bill.

It raised objections from some senators and unleashed an opposition lobbying blitz from the cryptocurrency industry as well as internet freedom advocacy groups.

Opponents brought forward amendments to the provision and a compromise emerged. But it failed to muster Senate approval, pushing the debate over cryptocurrency, taxes and brokers to the House.

WHAT’S THE SITUATION NOW WITH CRYPTOCURRENCY AND TAXES?

Some cryptocurrency brokers already report transactions to the IRS, though most don’t, experts say. Brokers place buy and sell orders for users on the cryptocurrency exchanges.

The exchanges are required to collect personal identifying information from users and report their annual activity to the IRS.

The IRS defines cryptocurrency as “property” similar to stocks or gold. That means you pay capital gains tax when you sell it or cash it in at a profit.

Teller Finance, a non-collateral lending protocol for the DeFi market, has officially deployed its mainnet on Polygon, marking a significant milestone in its quest...
Bitcoin

Crypto Finance News is the place to get all the latest news and prices for cryptocurrency. Whether you are just getting involved or a seasoned investor, you'll find all the information you need.